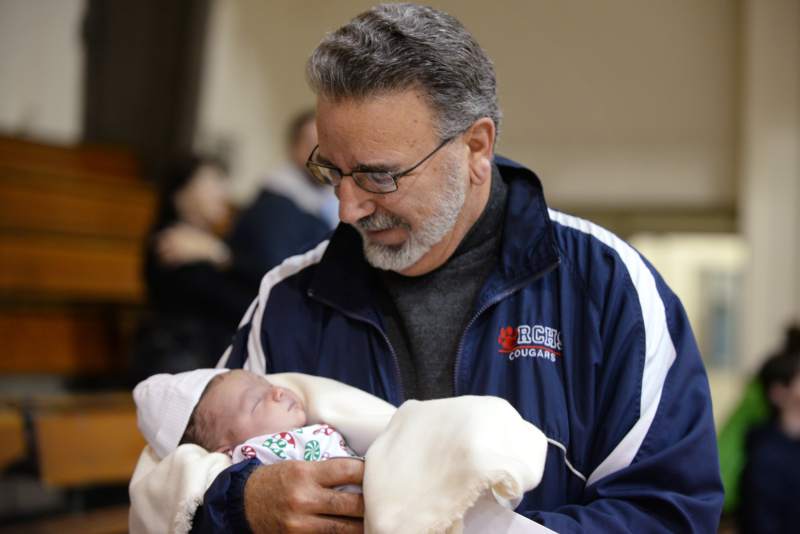 About one in four families in Sonoma County is affected by domestic violence. And tales of cyberbullying, both anecdotal and empirical, are omnipresent.

To combat both statistics and attitudes, a four-year-old program aims to address sexual violence and bullying, aggression and disrespectful behavior. The classroom? Gymnasiums and ball fields across Sonoma County.

Coaching Boys Into Men is a national program implemented locally that asks middle and high school coaches to introduce concepts and discussions that allow athletes and teammates to tackle the issues that so many young people face.

“The first time or two we did it, the response was kind of like, ‘Why are we doing this?’ But after the first few times that we did it, they seemed to take it pretty serious,” said Maria Carrillo boys soccer coach and athletic director Mike Mastin.

“The way we framed it to them is that sometimes things are said, sometimes directed toward females, the way we describe them,” he said. “ ‘Many of you might have a sister, and all of you have mothers and grandmothers. How would you feel if someone said that about your mom?’ And they’d say, ‘I’d have major issues.’ ”

It is estimated that one in five teens is involved in some sort of bullying.

Also present in young peoples’ lives is an additional layer of power dynamics and the potential for emotional and physical abuse in romantic relationships.

The need for education, for support, is clearly there.

Coaches see it. They are volunteering to take it on. But it’s not easy.

Still, at least four squads at Carrillo have signed on. So, too, have teams from Cardinal Newman, Hanna Boys Center, Casa Grande, Montgomery and Petaluma, among others.

But coaches have their hands full. They are compensated precious little when considering the amount of time they are already committing. And their primary focus on many days is simply the next game or the next strategic concept. It’s asking a lot to have them take on as weighty an assignment as how we treat each other, how we stand up for what is right and how we confront someone who is out of line.

That isn’t lost on Madeleine Keegan O’Connell, CEO of YWCA Sonoma County, the group that for four years along with Verity, the community’s sexual assault support agency, has worked to introduce the Coaching Boys Into Men six-week curriculum into Sonoma County middle and high schools through their athletic departments.

Funded by the Sonoma County Department of Health Services, Coaching Boys Into Men trains coaches on a curriculum that includes, among other things, abusive digital behavior, stepping in others treat women in an inappropriate way and honoring personal boundaries in sexual relationships.

“We’ve given them the tools to intervene as a bystander when they see something going wrong,” Keegan O’Connell said.

The program addresses athletes not necessarily because they are viewed as perpetrators but as campus leaders, according to program facilitator Patrick Cass.

“We point out in the program, that as leaders in a school community, someone on the varsity football team or basketball team carries weight,” he said.

That said, I wondered about a program that would help girls navigate these same issues, to help them become leaders among their peers. It’s forthcoming, according to Keegan O’Connell.

Since the national program was adopted locally four years ago, five middle schools have used the program with at least one team, and 10 high schools — many of them including multiple squads — have introduced the curriculum.

Yes, it’s free. But no, it’s not easy. It asks coaches to introduce sometimes embarrassing and difficult topics: sexual bragging, violence and unhealthy aggression. If done right, coaches need to prepare, think about what they will say and the questions they will ask.

It takes some getting used to.

“This is really the first year that we have started it,” Mastin said. “After two or three years, the players will think, ‘This is training for our sport.’ It will become habit. I hope that it will become part of the normal
coaching routine.”

The curriculum includes a series of approximately 15-minute lessons and discussions to be addressed twice a week for six weeks. Participants take an anonymous survey before and after the six weeks to assess whether
attitudes and plans of action have changed.

But apart from the set lessons, it also asks coaches to recognize teachable moments beyond how to beat offside trap or how to break the full-court press.

It’s asking a lot but it’s not asking too much. And coaches are the perfect face of something like this.

“Coaches are really unique role models in young athletes’ lives,” Keegan O’Connell said. “A coach can really have an impact.”

“It’s a very important relationship, between a coach and a player,” he said. “By design and definition, as a coach we train our players to listen to us.”

And where they teach has an impact, too.

A locker room cannot and should not be a place of misogyny or bullying.

And despite the high-profile use of the phrase “locker room talk” as a pathetic whitewash of predatory behavior, talk in the locker room can, in fact, be supportive, thoughtful and intelligent.

That’s exactly why Dennis Magatelli held most of his sessions of Coaching Boys Into Men in the Rancho Cotate High boys’ locker room.

“Definitely,” he said. “It was not only about how to treat girls and stuff, but how to treat each other. To me, it carries over into the adult world.”

Magatelli, who two years ago retired from both teaching and coaching boys basketball at Rancho Cotate High School, signed up two seasons in a row to have his teams work through the curriculum. He remains an advocate
for Coaching Boys Into Men.

“It’s very cliché to say, but I honestly think that sports lead to other things in life,” he said. “It’s not just about winning and losing; it’s about making boys into men and how you are looked upon when you step onto the
football field, baseball diamond, basketball court or tennis court. How you conduct yourself is going to get you a long way in life.”